Enjoy your special day in the historic and elegant Plummer House. Wow your guests with the extensive outdoor features including eleven acres of beautiful landscaped grounds, formal gardens, bird trail, quarry, and water tower highlight the features of the park. This truly is a one of a kind location and a historic part of Rochester, MN.

• Plummer House and Grounds: $900 + tax for up to 100 people Sunday through Thursday

In 1917 Dr. Henry S. Plummer and his wife Daisy, began construction of “Quarry Hill” later to be known as the Plummer House.  Dr. Plummer personally formulated the plans for the house which included many innovations that were far advanced for that day and age.

In 1924 the 65 acre estate consisted of the house, greenhouse, water tower, garage and gazebo.  Today 11 acres remain and are maintained by the Rochester Park and Recreation Department.

In 1901 Dr. Mayo asked Dr. Plummer to join the Mayo Clinic staff.  This relationship was to last for the next 35 years to the mutual benefit of both parties.   Dr. Plummer is given credit for many innovative ideas that were implemented during his tenure.  Among the most outstanding was his invention of the pneumatic tube, the communication system, and record keeping system.

Daisy Plummer, a gifted musician and friend to all, was a remarkable individual in her own right.  A concert pianist and patron of the arts, she was very fond of promoting cultural activities in the city.

Sorry, no records were found. Please adjust your search criteria and try again.

No special offers at this time, please check back again later.

Today’s bride is savvy, inspired, and informed. It is important in this wedding climate to cater to brides who are looking for inspiration for their special day. 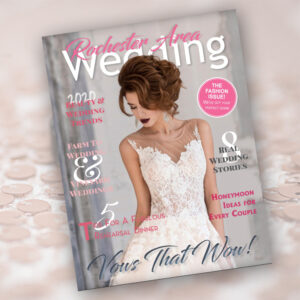